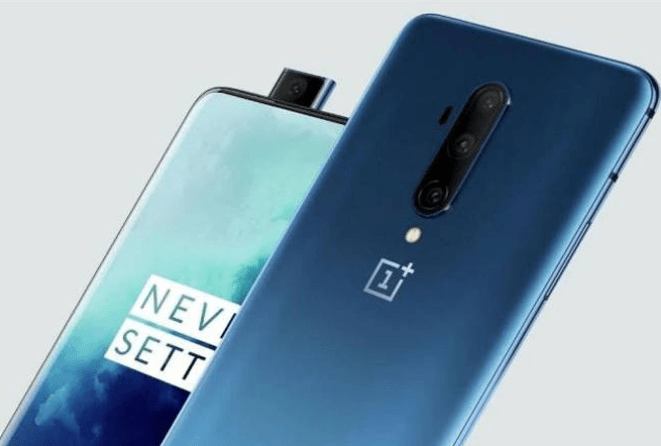 It is that time of the year again, when barely in 5 months, OnePlus has begun to unveil another lineup of its smartphones. OnePlus 7 &amp; 7 Pro were launched in May 2019, while OnePlus 7T has been recently unveiled in the September event.

With the moniker OnePlus 7T, people were questioning why is there no Pro-version? Now, as the brand has shown off with OnePlus 7T Pro and I bet, you would still question yourself why did they launch a Pro model in the first place?

In the company&#39;s bi-annual upgrade cycle on October 10 that took place in Blighty, OnePlus has officially released a pro version OnePlus 7T Pro handset as well as the details about the availability of OnePlus 7T in the UK market. As the launch happened, the smartphone got hype through backlash from techies. Well, I would not uncover the reasons here. To me; it is spectacular, albeit nothing revolutionary has been added to the product line.

There has been a minuscule upgrade to the new OnePlus 7T Pro variant. It has borrowed numerous features from the OnePlus 7 Pro; the design, cameras, and display have all been improved, making it tantamount to its premium predecessor. A minor change in color, better processor, and fast charging – is what we can brag about, so far. However, that does not make it any less of a smartphone to buy especially if you are planning to switch to one of the premium phones.

Let’s find out what has apparently changed?

Undoubtedly, the OnePlus 7T Pro is a snazzy phone, yet the upgrade seems to be needless as this does not offer any additional feature over the OnePlus 7 Pro. OnePlus has also collaborated with a racing brand McLaren and launched the McLaren edition of its variants with a few prominent changes. The phone features a 6.67-inch touchscreen display, a 90 Hz screen refresh rate with 1440×3120 pixels resolution and 516 pixels density per inch (PPI), and an aspect ratio of 19.5:9.

As promised by the company, this handset packs up with Android 10 OS and is fueled by a 4085mAh non-removable battery. The OnePlus 7T Pro supports exclusive quick charging.

To the extent the cameras are concerned, the OnePlus 7T Pro features Triple – Rear Cameras; a 48-megapixel primary camera, a second 16-megapixel, and a third 8-megapixel camera. The rear camera has an amazing auto-focus feature. It has a 16-megapixel front camera for selfies. One pointless change that the company went off with is the color of the body. Unlike the same light blue of the OnePlus 7 Pro, the company has embraced a new haze blue shade for this handset.

Design and display wise, the OnePlus 7T pro is the same as its predecessor OnerPlus 7 Pro, except for the formal matte finished look with haze blue color. McLaren edition bears black color with orange highlights. The camera module is placed on the rear of the smartphone. With 6.67 inches fluid AMOLED large display, the experience is heavenly. It is a notch-less camera with a front-facing pop-up selfie camera.

With a brief roundup of 7T Pro knick-knacks, the device packs up with barely scaled-down features and a content transfer app. It does not have to offer anything fantastic that 7 Pro couldn’t do. Its price is hefty, no IP certification, lack of water resistance, mm jack missing, and still no wireless charging. Broadly speaking, OnePlus has launched a new product with a better processor and charging and the latest Android 1 OS – nothing more than that. And of course, this so-called top-specced phone is a pricey one.

With such an extensive performance similarity, it nearly makes one wonder concerning whether the 7T Pro actually needs to exist?

If I try to judge the OnePlus 7T Pro merely on its own merits, this smartphone is incredible. But, a comparison with the OnePlus 7 Pro makes me nasty about it.

Err…I’d like to make a point here that there could have been upgraded smartphones with 5G, wireless charging, and other top-end specifications if the company had shown patience with the launch of the OnePlus 7T Pro.